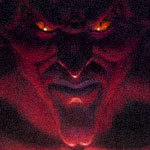 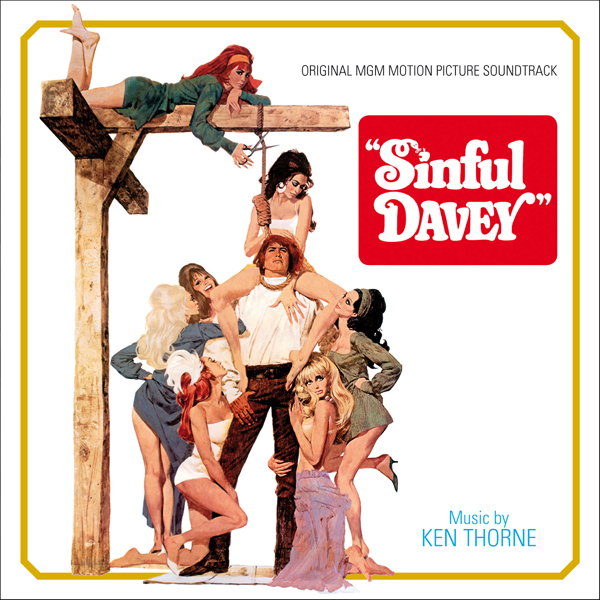 
THE RETURN OF THE MUSKETEERS 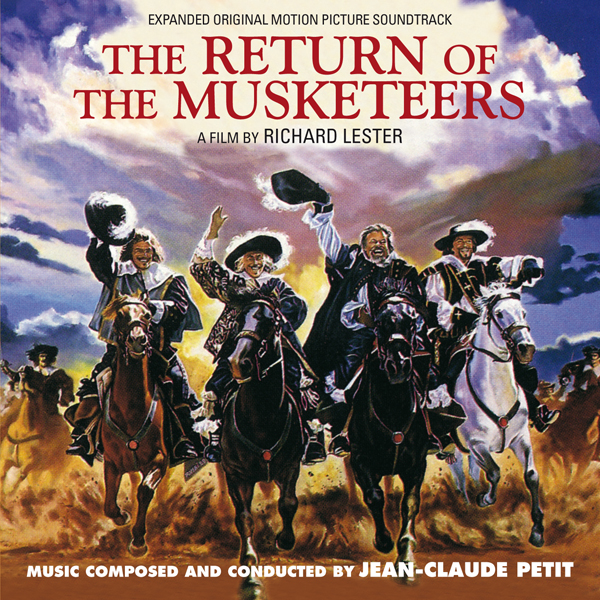 For the next two weeks we are offering a 30% DISCOUNT on all our products*. Simply place your order online and 30% of your total price will be automatically deducted at checkout.

In addition, with the purchase of 7 CDs or more, we will add
FREE WORLDWIDE SHIPPING—with a registered track number!

Please be aware that for many titles we have only very limited quantities!
Sales starts now at http://www.quartetrecords.com This offer expires on August, 22th

All orders will be shipped from August 22th.

It's a reissue of the LP content, the complete tapes as far as we know are longer lost or destroy, it was one of these CTS recordings from the seventies. But the audio quality, restored and mastered by Chris Malone, is much improved.

Contratiempo is about Adrián Doria (Casas), a young businessman who wakes up in a hotel room next to the corpse of his lover. Accused of murder, he decides to hire the services of Virginia Goodman, the best lawyer and trainer of witnesses in the country. In the course of a single night, lawyer and accused will work to find a reasonable doubt that will free him from jail.

Fernando Velázquez’s score is intense, atmospheric, exciting, vibrant, romantic and dark – an orchestral tour-de-force (with added electronic textures) performed by the Euskadi Symphony Orchestra under the baton of the composer.

The album also includes the original song “Nadie va a venir a buscarte,” composed by Velázquez and performed by Zahara.


Quartet Records and A3 Media present the new score composed by Fernando Velázquez (A Monster Calls, Crimson Peak, Mama, The Impossible) for the Spanish thriller-drama directed by Fernando González Molina, based on the popular novel written by Dolores Redondo.

Inspector Amaia Salazar (Marta Etura) heads an investigation which will take her back to Elizondo, the rainy village in the heart of Navarre where she was born, and to which she had hoped never to return. Divided between the rational, procedural part of her job and local myths and superstitions, Amaia must fight off the demons of her past in order to confront the reality of a serial killer on the loose.

Fernando Velázquez provides an intense, exciting and highly vigorous score with thick orchestral colors—lyrical, dark and rhythmic, including a haunting main theme. The music is sensitively performed by the Navarre Symphony Orchestra under the baton of the composer.

Directed by Vittorio and Paolo Taviani, the film takes place in a kind of fantastic prehistoric time when volcanos ravage and wipe entire civilizations off the face of the earth. When an island gets buried under lava and ash, a group of survivors manages to get away and reach a nearby island where they come across another tribe. The two clans don’t seem to get along as the newcomers engage in weird rituals and are just a general nuisance for the natives. While there is a more important goal to be achieved as the travelers try to convince their new mates to travel to the much safer mainland, the contact between two civilizations soon ends in violence, beatings and hogtied women…

Scoring for Sotto il segno dello scorpione posed a special challenge for Vittorio Gelmetti as he had to create music for a fictional prehistoric society—that is, he had to write music for a period that required a historical perspective yet had no known musical culture. Instead of looking back to the past of banging rocks and sticks together, Gelmetti looked forward to the future, where innovative electronic solutions, atonal symphonic elements and the haunting vocals of the Nora Orlandi choir could easily comingle. The gradual breakdown of communication between the two clans is underscored with a whimsical twist on contemporary concert music, whose raw energy is harvested to pile upon the conflict-heavy interactions of the cavemen.

While three mono tracks of the score were previously released on a contemporary EP, this is the first-ever complete release of this engaging, experimental score in full stereo, mastered by Claudio Fuiano from first-generation master tapes vaulted at Gruppo Sugar. Eight-page, full-color booklet includes liner notes by Gergely Hubai, discussing the film, the composer and the score.

Though the title may indicate The Fifth Musketeer is related to the popular musketeer films directed by Richard Lester in the 1970s, Ken Annakin's movie is actually an adaptation of “The Man in the Iron Mask.” Playing dual roles as King Louis XIV and his forgotten twin brother, Beau Bridges is aided by his father, Lloyd Bridges, José Ferrer, Cornel Wilde and Alan Hale Jr. Bond babe Ursula Andress and “Emmanuelle” herself, Sylvia Kristel, lend European sex appeal to the story—perhaps a bit too much as the film lost 14 minutes in its tamer, American cut.

Riz Ortolani had previously worked together with director Ken Annakin on the Rachel Welch vehicle The Biggest Bundle of Them All (1968) and brought the same level of energy to the passionate retelling of “The Man in the Iron Mask.” The music features a thunderous adventure theme as well as clever jazz stingers and court music in an ingenious blend of deliberately anachronistic underscoring. And even if you've seen the film, quite a bit of the music will sound brand new as several cues were dialed down in the film, so the CD is the only way to get the full score.

While an original soundtrack was planned for the film, it was never released—until now. The new CD presents the original album master as assembled by the composer, plus bonus material—together totaling over an hour in length, all mastered by Claudio Fuiano from first-generation master tapes. Eight-page full-color booklet includes liner notes by Gergely Hubai that discuss the film, the composer and the score.


Quartet Records and MGM happily present a newly restored and remastered edition of John Barry’s unusual score (plus David Shire’s unused music) for The White Buffalo (1977). This bizarre western variation of Melville’s Moby Dick was directed by J. Lee Thompson, produced by Dino De Laurentiis, and starred Charles Bronson, Jack Warden and Kim Novak.
John Barry (Goldfinger, The Ipcress File, The Last Valley, Out of Africa) composed a surprisingly dark, dissonant and avantgarde score for The White Buffalo that, although it includes some examples of his romantic, bittersweet sound, is fascinatingly aggressive. Barry was hired to score the film after the filmmakers rejected the initial score composed by David Shire. (Barry had scored King Kong for De Laurentiis one year earlier, and the two scores have many similarities, especially in the tribal orchestrations.)

Discovering the rejected score by David Shire (The Conversation, All the President’s Men, Return to Oz) has been a wonderful surprise. Shire provided a more melodic and thematically varied score than Barry (although the latter’s grim tones were more what the producer and director wanted). Shire’s music for this film sometimes evokes Stravinsky, using the same serialist technique he used for The Taking of Pelham One, Two, Three. It would have given the film a more contemporary point of view, especially with its use of a band consisting of bass, guitar and drum kit.

Prometheus Records released Barry’s soundtrack for The White Buffalo—taken from the mono music stem (the only available source since the original recording sessions have been either lost or destroyed)—almost fifteen years ago. For this new release, we have transferred a different mono stem—one that is in much better shape and which includes some brief passages from one reel not included on the Prometheus. Also, all dialog bleed has been successfully removed. The Shire score (also in mono—as it was recorded) comes from a personal copy generously provided by the composer.

Thoroughly restored and expertly mastered by wizard engineer Chris Malone, the John Barry score returns in much improved and complete form, while David Shire’s music can finally be heard—at last! The liner notes by film music journalist Tim Greiving include quotes from a new interview with Mr. Shire. The white earthquake is here!


Quartet Records, in collaboration with Universal Music Group and Metro-Goldwyn-Mayer, is glad to present the premiere release of the complete score composed, orchestrated and conducted by Ennio Morricone for State of Grace, the 1990 cult mafia-drama film directed by Phil Joanou, starring Sean Penn, Gary Oldman, Robin Wright, Ed Harris, John Turturro, John C. Really, Burgess Meredith and Joe Vitarelli. The legendary Morricone won an Oscar for The Hateful Eight and has composed many other outstanding scores, including The Good, the Bad and the Ugly, Sacco and Vanzetti, Days of Heaven, Cinema Paradiso, Malena, En mais fais ce qu’il te plait and many others.

State of Grace is about Terry Noonan (Penn), who returns home to New York's Hell’s Kitchen after a ten-year absence. He soon hooks up with childhood pal Jackie (Oldman), who is involved in the Irish mob run by his brother Frankie (Harris). Terry also rekindles an old flame with Jackie's sister Kathleen (Wright). Soon, however, Terry is torn between his loyalty to his friends and his loyalties to others.

Ennio Morricone offers one of his best efforts for a Hollywood film, with an unforgettable main theme, a beautiful love theme, tension cues, dramatic, violent music that is also sometimes epic. The score is mainly dark and fatalistic, in a style that the Italian maestro would continue one year later in his Oscar-nominated score for Bugsy.

The soundtrack album of State of Grace released on compact disc by MCA in 1990 was quickly out of print. The album, remixed and edited by Morricone and his sound engineer Sergio Marcotulli for listening purposes, omitted several important passages, in addition to some cues that were not used in the final cut. More importantly, the mix made for the film was completely different from that of the album, with a positioning of the orchestra that offered a different perspective of the score. This expanded release has been newly mixed and mastered by Mike Matessino from the 3-track masters preserved in mint condition in the MGM vaults. On CD 2 we have included the hard-to-find MCA album prepared by the composer, freshly remastered—and it has never sounded better.

The package includes a 16-page full-color booklet with liner notes by Tim Greiving, discussing both film and score and featuring quotes from director Phil Joanou.