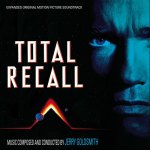 Swashbuckling with Disney’s Mickey Mouse and Bruce Broughton’s score! Animators at Walt Disney Productions created a brilliant 2004 treatment of famous Alexandre Dumas 19th-Century swashbuckling romance with Disney’s most famous icons of imagination becoming Royal Musketeers. Mickey Mouse, Donald Duck, Goofy - with Pluto in tow - anchor this colorful tale that finds the quartet foiling plans by the evil captain of the musketeers to imprison the princess of France (Minnie Mouse), her lady-in-waiting (Daisy Duck) and usurp the kingdom. With the heroes toiling as mere janitors but soon finding strength of character and courage, romance quickly ensues as does rousing adventure and perilous swordplay. Music carries everything along from opening to close! Broughton fashions lavish original music in his most colorful, full orchestral vein. Standing front and center is his main musketeer theme, an ebullient major-key tune that would befit any Errol Flynn swashbuckler! It plays in guises grand and charming, exciting and playful. Broughton also creates a beautiful original waltz theme to lift and highlight the romance between Mickey and Minnie. The sweeping melody, one of Broughton’s finest, is richly harmonized and passionately scored. The movie’s songs carry weight as well. For these, Broughton skillfully works his original music into and out of familiar classical melodies by Offenbach, Tchaikovsky, Grieg, Johann Strauss II, Bizet, Beethoven and Sullivan, with new given lyrics by Chris Otsuki that help bring the fanciful tale to life. Broughton adapted these numbers along with his associate, Bill Elliot, so they would play seamlessly with the original score. Disney released a mini-album of the songs in 2004 and those are included in this Intrada release but this is the world premiere presentation of Broughton’s original score. He had to write meticulously to ensure his score and the classical melodies would weave together in perfect harmony, as he discusses in his own liner notes inside the colorful booklet designed by Kay Marshall. Flipper-style cover artwork features Mickey, Donald and Goofy in all their regal musketeer glory! Broughton describes his music as a blend of classically heroic with nods to the France locale of the story. He also notes this particular score remains one of his personal favorites! We heartily agree! Amongst many highlights is Broughton’s splendid 6-minute “End Credits” which summarizes his original score with plenty of dazzle dazzle! All parties involved in this release agreed to retain the perfect meld of original score and songs, weaving them together just as they were scored and presented in the film. The musical pleasures are rewarding indeed! Amin Steiner records and mixes at the Newman Scoring Stage, 20th Century Fox. Bruce Broughton conducts. Intrada Special Collection CD available while quantities and interest remain! 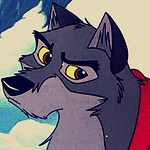 A score only a few years old soars in with its premiere CD release. 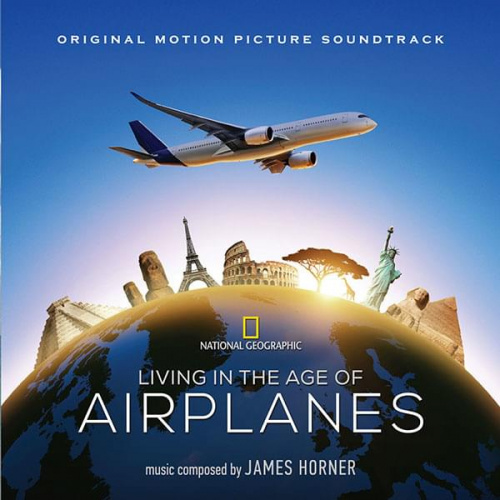 Soaring aural treat for James Horner fans! CD premiere of his magnificent, compelling score for superb Brian J. Terwilliger film chronicling impact of aviation on the modern world offers one majestic musical highlight after another! National Geographic Studios presents documentary in stunning IMAX format with dynamic narration by Harrison Ford. Lensed across all 7 continents with footage shot in 18 countries, Terwilliger approaches story not from viewpoint of expected aviation warfare and conflict but from awe-inspiring look at the profound legacy airplane travel offers in the vast footprint of human life on earth. Meaty subject matter for composer Horner to tackle! Terwilliger, an accomplished pilot - in liner notes of his own authorship - notes his choice for composer was born out of his passion for Horner’s film music and his meeting with the composer at a 2008 airshow, which begat a friendship leading to Horner creating music for the film. In fact, the premiere of Terwilliger’s tribute to commercial flight was given at the Smithsonian National Air and Space Museum in April 2015, just two months before Horner’s tragic death in a solo airplane crash he himself was piloting in June of that year. One of the very last projects he completed, Horner embellished Living In The Age Of Airplanes with 50 minutes of rich melody infused with major-key harmonies throughout. Ideas literally aim for the skies with passioned, inspired architecture, anchored by an uplifting choral line that plays at key moments. Highlights are numerous and surging climaxes abound! Deserving the spotlight: “History Of Transportation”. Here, in just 3 minutes, Horner matches the montage visuals of the locomotive engine under construction and, as the wheels pump, Horner responds with his own propulsive rhythmic motif, now in minor with French horns, then trumpets surging forward. As the powerful images meld into those of an airplane at takeoff, Horner responds with his own resplendent climax in the major. Masterful! Another spotlight goes to “Nearly Perfected”, where Horner builds upon variants of his primary choral motif, now in full orchestra. Yet another spotlight shines on “Exponential Progress”, with Horner scoring one of Terwilliger’s most fascinating montages with a new motif of alternating major-minor chords that comes to a quasi-heavenly climax with spectacular aerial shots of the Golden Gate Bridge, solo female voice and trumpet to the fore. Terwilliger’s impeccably shot and presented film is also available on Blu-ray from National Geographic. Gripping visuals, stunning audio, inspired music! James Horner composes, Simon Franglen produces, Simon Rhodes engineers, Jim Henrikson and Dick Bernstein edit, Allan Wilson conducts, the Slovak National Symphony Orchestra performs. Intrada Special Collection CD available while quantities and interest remains!

A score only 10 years old sneaks in with its premiere CD release. 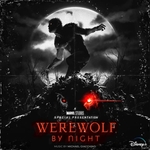