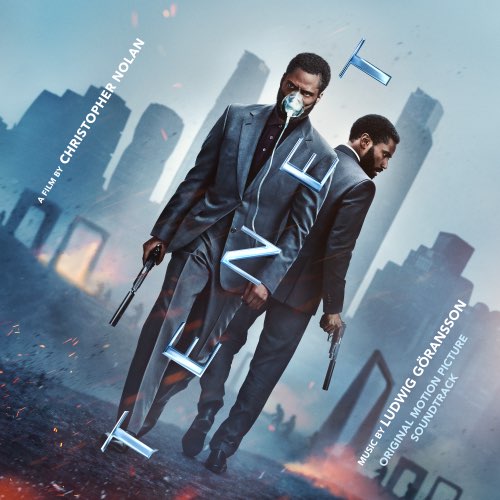 The first sound we hear in the film, after all, is that of an orchestra tuning up, before composer Ludwig Göransson — more than ably filling in for Nolan standby Hans Zimmer — thunders in with his own thrilling percussive clatter.

All of the high-octane action sequences in Tenet are bolstered by the thumping soundtrack by Ludwig Göransson, which is excellent.

The thrills come from the set pieces and Ludwig Göransson's innovative score (which also messes about with time, naturally),

It’s not even Hans Zimmer this time — here the great Ludwig Göransson (Black Panther, The Mandalorian) is on scoring duties, making it all his own (you will nod your head intensely) but without ever scrimping on the blams. Because if a Christopher Nolan film doesn’t sound like the end of the world, then something’s wrong.

Kenneth Branagh’s villainous character theme for #TENET is actually Nolan breathing through a microphone, which Ludwig Göransson then “manipulated and turned into these really uncomfortable, raspy sounds” - Göransson during the TENET press conference

I can dig it