No i świeżo po seansie:

Engaging with the emotional language of music is a part of the filmmaking process
that I deeply cherish. At times, its importance cannot be overstated — music can
become a critical component of our emotional understanding of a film and
can be used as a pivotal part of the storytelling.

With Wonder Woman, we had an exceptionally difficult task at hand:
bringing a legendary character to life with a score befitting one of the greatest
superheroes of all time, while musically bridging three entirely different worlds,
evoking the period of World War One and oscillating nimbly between
a broad array of emotions from the most epic to the most humorous.
Not a small task for anyone. But not beyond the beauty and elegance of
Rupert Gregson Williams.

From the moment Rupert joined our team, he embraced the challenge with
unbelievable artistry and tackled all of our needs, one after the other. He created an
entire world of themes and textures that organically grew with Diana’s storyline.
He found her voice, her hope and all of her dreams, and brought them to life around
her. He made me laugh, he made me cry and he never stopped until he found
the perfect piece of score to accompany every moment.

I am immensely proud of the score he came up with and so grateful
he was able to bring our film to life with such respect, integrity and beauty.
He is a special and unique talent, whose art sings throughout our film.
It was hearing film score that originally inspired me to be a filmmaker, and I already
know that this score will keep the filmmaker in me inspired for years to come.
I hope you all enjoy his beautiful work, as I have, and the film it breathes life into. 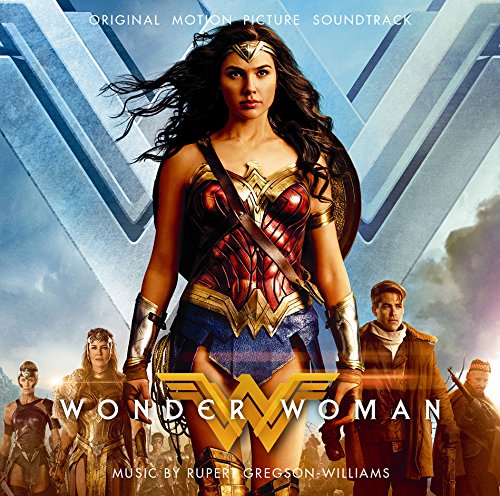